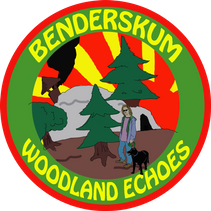 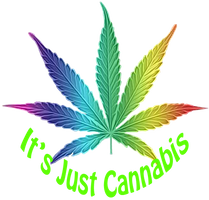 And all because of a plant

And I love my life

Nothing much to see here except some of my beliefs and 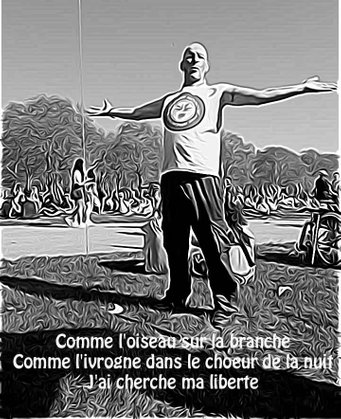 I have full knowledge of all freedoms, rights and powers granted by the United Nations Declaration of Human Rights and the European Convention on Human Rights

My private personal use of Cannabis is inherent to my religious beliefs, relaxes my body and brings me peace. Through the use of Cannabis I am able to repair the damage to my body caused by time and illness, further myself spiritually and commune with the essence of both my being and the universe as a whole.

It is my belief that the Sacred Herb Cannabis must be cultivated and used as a sacrament for me to fulfil my role on Earth. That Humankind has employed the Cannabis plant from ancient times for Medicine, Sacrament, Food, Clothing and Shelter is in itself a Testament to the efficacy of this wonderful plant

Since the beginning of Cannabis prohibition known to me as 'The Abomination' the efficacy of my sacrament has been diminished with the result that everybody's Endocannabinoid Systems have been damaged and only the ending of the abomination will see the changes this miracle plant can offer.

and the wider Universe Simultaneously

I celebrate our lives and our bodies

I promote religious tolerance, freedom of religion and complete separation of state and religion, without the necessity to believe   in  supernatural realms, afterlives, beings or forces

I have full knowledge and understanding of all freedoms, rights and powers granted by;

The European Convention on Human Rights

My private personal use of Cannabis is inherent to my religious beliefs, relaxes my bodies and brings me peace.

Through the use of Cannabis I am able to both further myself spiritually and commune with the essence of the universe.

MY RIGHT to the cultivation and use of Cannabis Sacrament is authorized by;

Everyone has the right to freedom of thought, conscience and religion; this right includes freedom to change his religion or belief, and freedom, either alone or in community with others and in public or private, to manifest his religion or belief in teaching, practice, worship and observance.

We are private people and demand that our privacy be protected and honoured. We claim this right under;

All human beings are born free and equal in dignity and rights. They are endowed with reason and conscience and should act towards one another in a spirit of brotherhood

I use Cannabis to relax my consciousness and allow my sub conscious to reach a state of meditation thus allowing me to improve as a Human Being and enhance my understanding of the living universe.

whilst further enhancing my spiritual wellbeing

Cantheism and it’s meaning to me personally

Wow this religion or more aptly spirituality thing is a minefield of misinformation and misleading links, however I have concluded from this and previous research on this very subject that it is an acceptable route to follow.

Having read more on pantheists and pantheism, it is obvious that I as I've always suspected I am 100% a Pantheist or more correctly for me personally a Cantheist, because of my belief that we as Homo sapiens evolve with and due to Cannabis.

‘We must stop confusing religion and spirituality, Religion is a set of rules, regulations and rituals created by humans, which was supposed to help people grow spiritually. Due to human imperfection religion has become corrupt, political, divisive and a tool for power struggle’.

Definition of a Pantheist;

Pantheists revere nature and the universe

Pantheists believe that God is Existence and Reality is identical with Divinity, therefore suggesting the Universe is free of pre-determined destinies, while all the components that make the universe whole are determined by their interconnectedness to one another.

We celebrate our lives and our bodies

We promote religious tolerance, freedom of religion and complete separation of state and religion, without the necessity to believe in supernatural realms, afterlives, beings or forces

Cantheists follow these same moral codes with the inclusion of Cannabis as a sacrament to better the lives of ourselves, our fellow human beings, and our world and in consequence our universe.

How that can lead into our predicament with Cannabis is one of the reasons I have set up a Cantheist Church, which doesn't necessarily mean needing a building for people to go and worship at.

A church is (at least) in Britain considered to be one of three things, a building, a concept or a group of people with the same belief. Therein lays both the problem and the solution if we can all agree that this is our belief i.e.

I believe that Cannabis can alleviate a myriad of ailments and symptoms; I further believe some of the modern disorders are as a direct result of prohibition and the denial of my legal possession and subsequent usage of Cannabis.

This is furthered by my belief that many of the problems encountered on our world can be alleviated by the use of cannabis.

Further to my personal beliefs as stated above is my knowledge that my beliefs are also scientific facts.

Insomuch as the environment is suffering, forests have been decimated and are needed as part of the lungs of the planet; it is unsustainable to continue, whereas Cannabis hemp could be used in industries such as the paper, textiles and building industries to name but a few.

We have become addicted as a species to fossil fuels, oil, gas and coal, to the point that these are being depleted at an alarming rate and companies are looking at new and decidedly risky, at least in regards to our environment, ways of obtaining more, such as; Tar pit oil and chemical Fracking. The oil based industry being the worst is very short lived when you realise Petroleum became a major industry following the oil discovery at Oil Creek Pennsylvania in 1859, which is just a short  160 years ago, not very long in the greater scheme of things.

Everything made from Hydrocarbons could also be made from Carbohydrates but unlike for instance oil based plastics that only become microscopic and end up in the food chain, plastics made from plant materials are completely degradable.

Cloth made from Cannabis Hemp is a far superior product to cotton in so many ways; it grows without the need for vast amounts of (often oil based) chemicals in the form of Herbicides and pesticides and requires far less water. The material obtained after production is Thermodynamic, meaning it is warm in winter and cool in summer, it is fire retardant, water resistant and it doesn’t become mildew if left damp unlike cotton.

Its seed is renowned for its nutritional content and is often used as a cereal and because of its ability to grow in so many different and often hostile to other food crops it could go a long way to end starvation in countries affected by droughts etc.

Building materials produced from cannabis hemp due to the manufacturing processes involved sequester carbon from the atmosphere and become stronger with age as the carbon is absorbed into them.

Once upon a time, a woman was picking up firewood. She came upon a poisonous snake frozen in the snow. She took the snake home and nursed it back to health. One day the snake bit her on the cheek. As she lay dying, she asked the snake, "Why have you done this to me?" And the snake answered, "Look, bitch, you knew I was a snake."